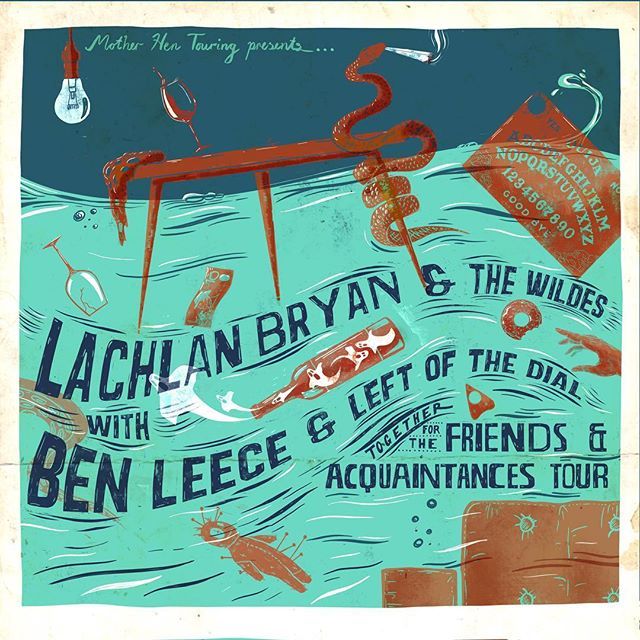 The band and I are teaming up with Newcastle's Ben Leece & Left of the Dial for our biggest East Coast tour in some time. We kick off in Tamworth on the Easter weekend and wind up in Bendigo in early June (for a big end of tour party/festival with a bunch of our favourite acts). In between times we'll be playing the Candelo Village Festival and immediately after the tour we play the Southern Lights Festival in Gippsland, Victoria - followed by the Red Country Music Festival in Port Hedland, WA.